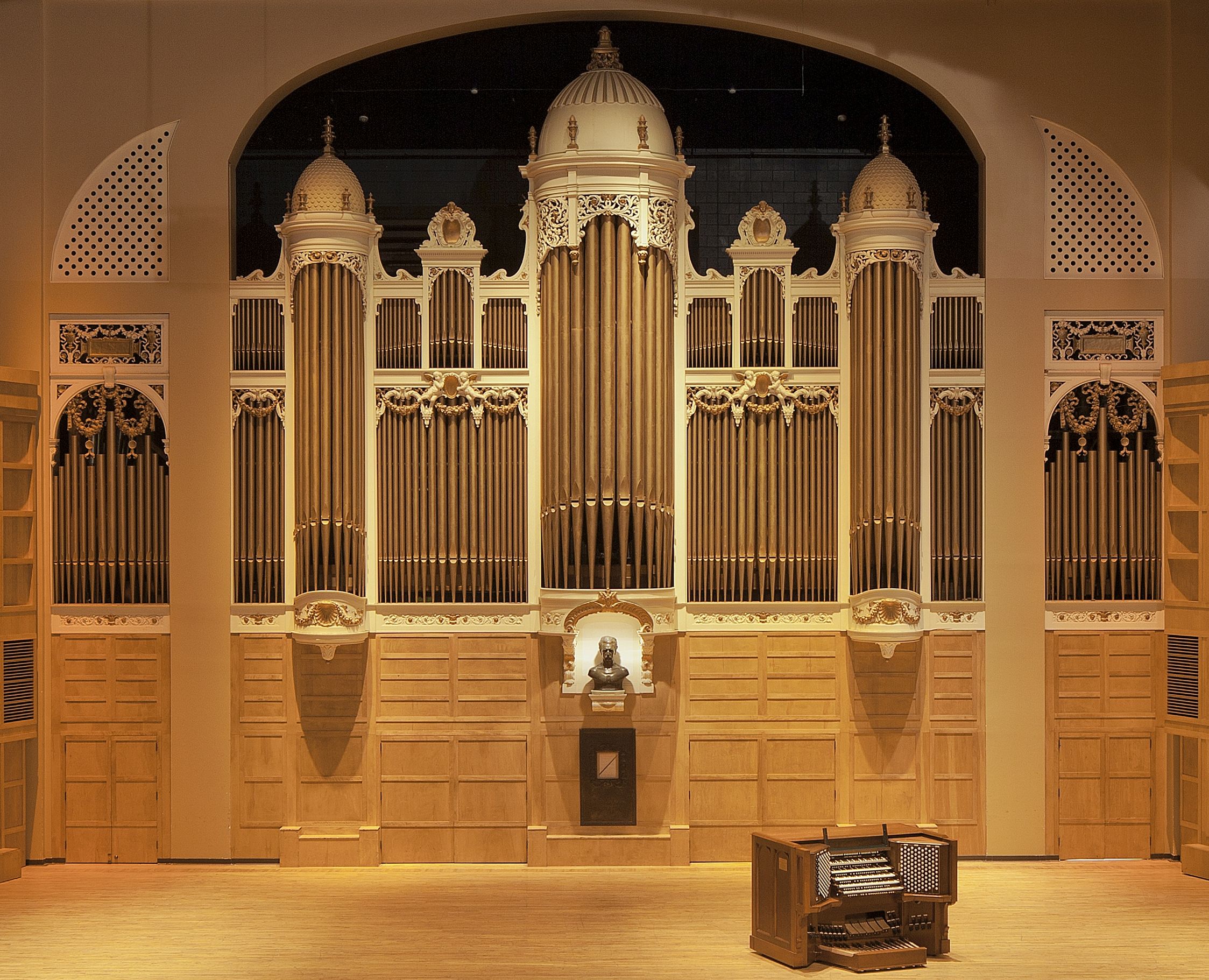 The city’s concert hall, named Merrill Auditorium in 1997, is home to one of America’s premier concert organs. The 1912 donation of Philadelphia publisher Cyrus Kotzschmar Curtis, the organ is in fact named for Hermann Kotzschmar, 19th century Portland organist and close Curtis family friend. Originally 69 ranks, Opus 323 grew in 1927. An array of tonal and non-tonal percussions were also added at that time. A new Great mixture was added in 2004. This renovation changed the total number of ranks to 104 with the addition of a new Swell 4’ Clarion, Swell 4’ Octave, and Pedal 16’/8’/4’ Principal Unit.

Few organs have attracted so many new consoles. In its hundred years on earth, the Kotzschmar has come to include four. The latest, a five manual built in 2000, was included in the reconditioning process.

The entire project took two years, with removal in 2012 and dedication in 2014.