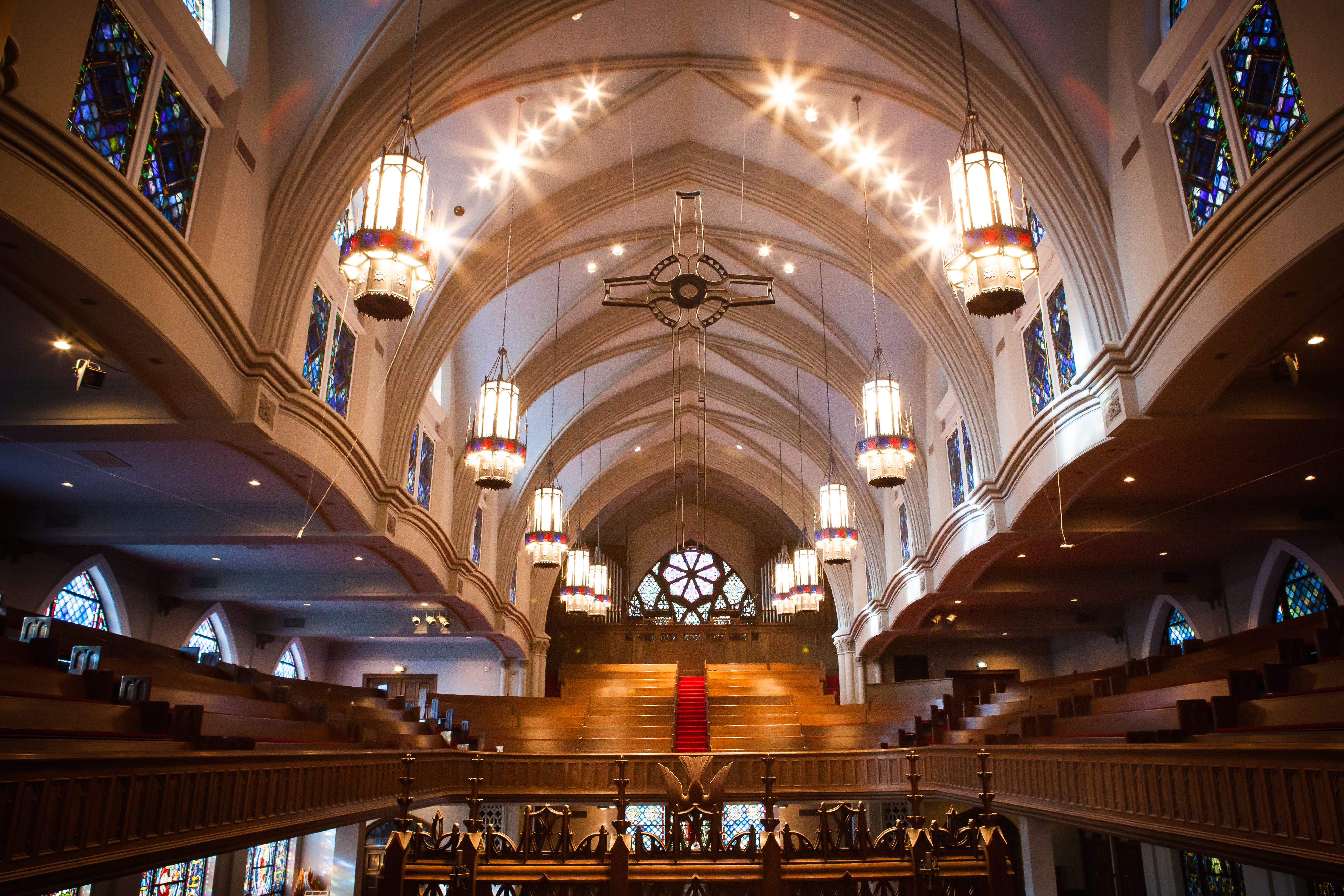 Austin’s Opus 2470 was installed new at the church in 1967.  A large and heavily played instrument, the organ’s electro-mechanical switching systems had become fatigued through natural wear.  The complex mechanisms of both console and relay were becoming undependable, so the decision was made to upgrade to all-new electronic switching. At the same time, every pipe in the organ was removed and brought back to Connecticut for washing.

All portions of the existing electro-mechanical relay systems were replaced with state-of-the-art electronic systems by Classic of Markham, Ontario.  Their control panels essentially serve as send and receive units and were placed, one each, in console (send) and south, and Antiphonal Chambers (receive).  The main console was completely refitted with new manuals, draw knobs, coupler tablets and piston buttons.  The existing Choir console was replaced with a specially designed mini-console that makes it possible to play the entire organ by use of lighted push-button stops through two new manuals and pedalboard.