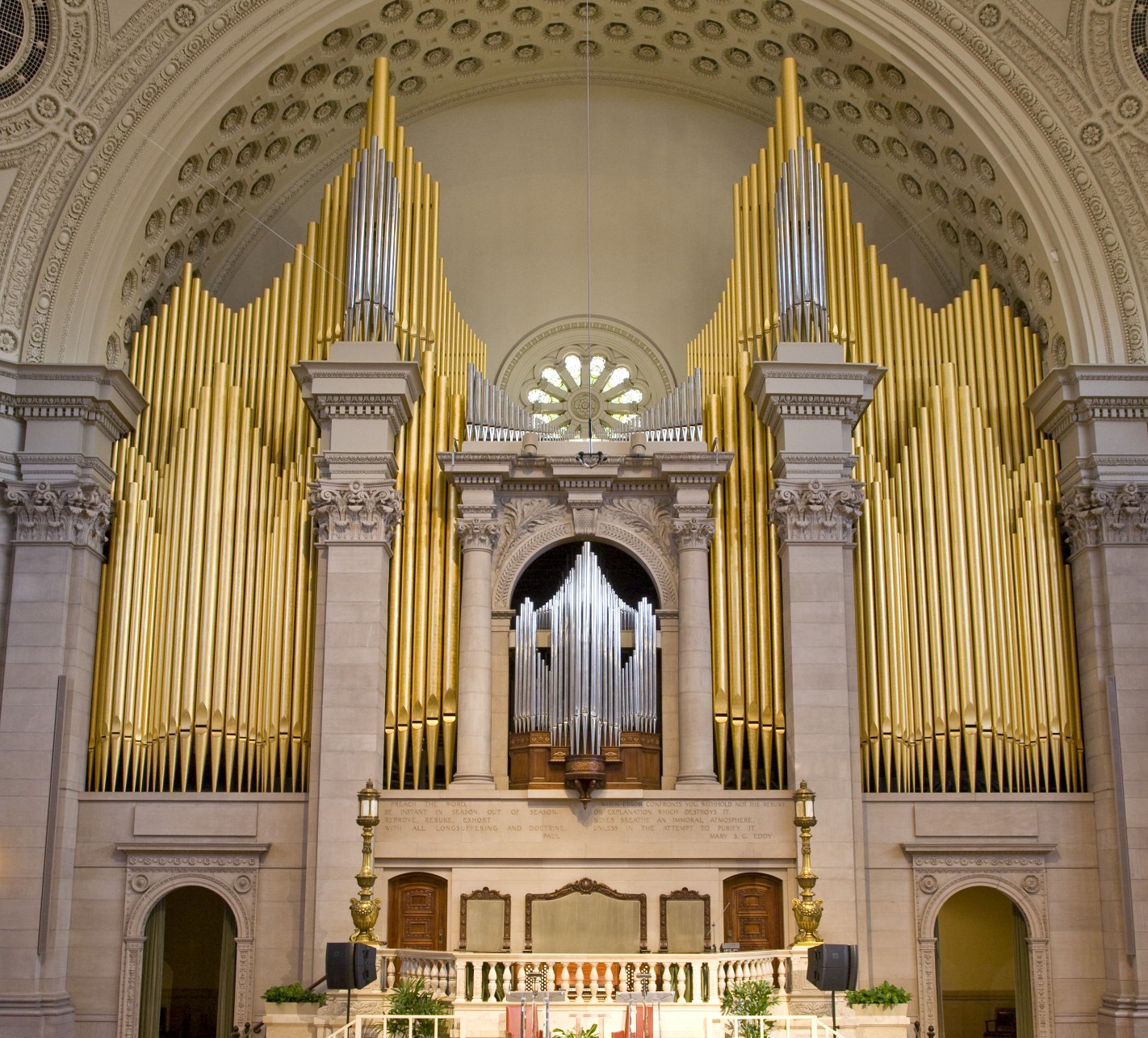 The First Church of Christ, Scientist is home to the largest Skinner; Foley-Baker was commissioned to recondition this 235 rank instrument in the late 1990s. Work took four years and required removal of most of the organ from the building.

Despite the magnificent, original specification the organ had become the victim of tonal tampering to the point that many stops were beyond salvaging. Under the direction of Lawrence Phelps, who had designed the organ in 1952, every mechanical and tonal detail was addressed.