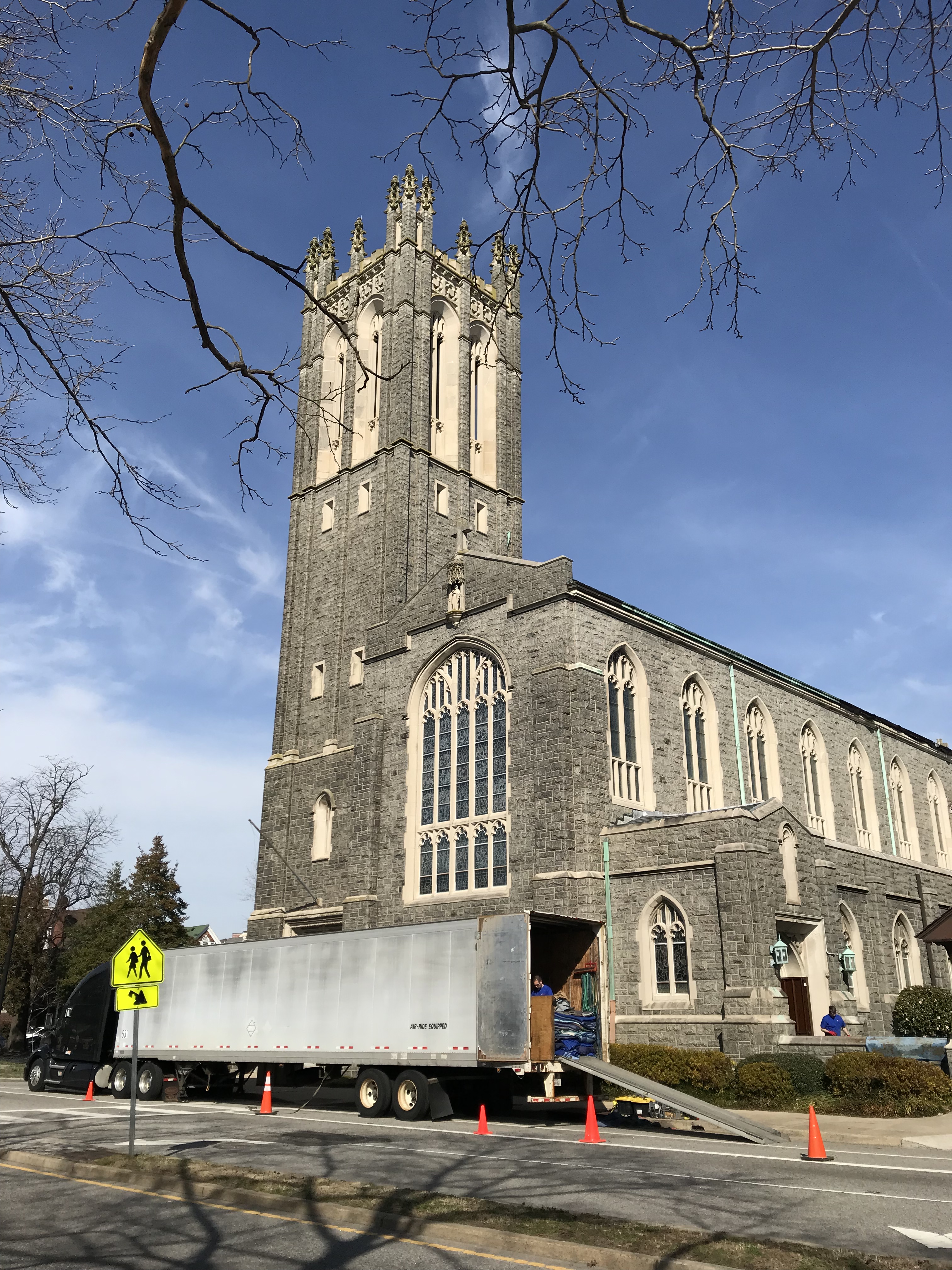 Opened as Christ Church in 1910, the original organ at Christ and St. Luke’s was a 50 rank Austin (Hartford, CT) with Echo Division. A fire in 1915 saw the Austin replaced with a near replica instrument by the same firm. No doubt both Austin’s featured what was commonly referred to as dark, liturgical tone. This all changed when the church purchased the new Casavant in 1963. Its glassy sound, common to all new organs of that time, was later deemed too brittle and resulted in additions by Casavant in the 1980’s and Orgues Letourneau in the 1990’s, to darken the organ’s tonal flavor. Organist Kevin Kwan later realized that to finally release the instrument’s true resources and make it all it could be, would require deep investigation, hard decisions, and added chamber space.

Foley-Baker’s goal was to finally bring all the previous tonal work to conclusion, revoicing and blending it into a refined sound with a handsome enlargement and variety of 8’ tone. Ensembles are more cohesive and include new and broader chorus reeds. The organ’s bass has been augmented to match the quantity of manual sound. From a leather standpoint, the Swell and Choir joined the already slider-chest Great and included new, nearly leatherless, slider chests. Retained equipment was releathered.

Physically, the organ was re-designed into the more traditional Great/Swell/Choir/Pedal that welcomes the church’s newly enlarged Pedal chamber, finally alleviating the crowding of the manual divisions. This important new space for added pedal stops provides the much needed solid foundation for the organ’s increased size and expanded resources. The clock has finally been set back… the instrument is in excellent mechanical condition and features the sound, comfort and advantages of the 21st century American organ.

Removal took place in February 2018, and the project was completed in April of 2019.