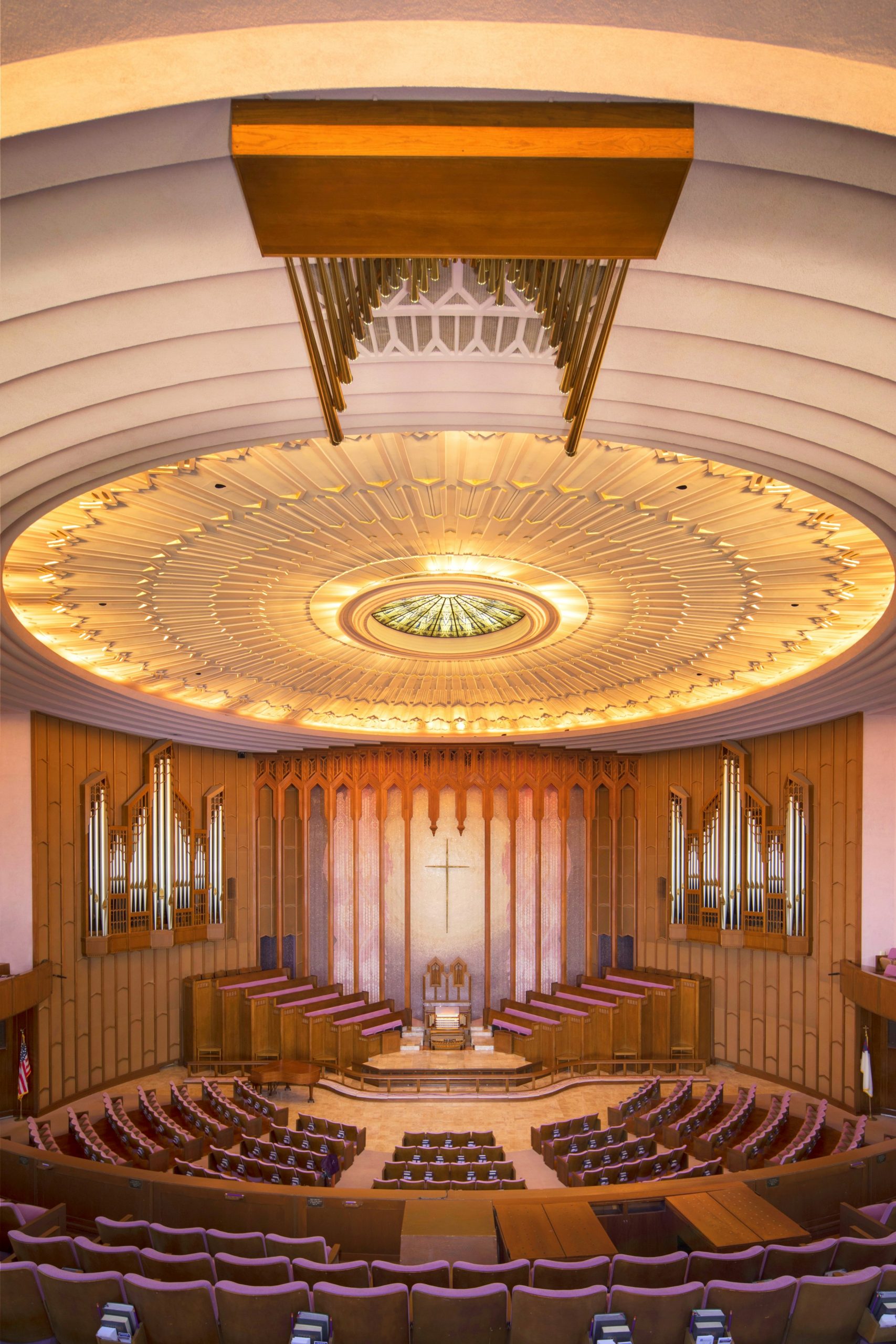 Boston Avenue Methodist’s original IV/51 Kilgen was removed in 1961.  At only 34 years of age the move was no doubt because, at the time, the instrument was considered tonally outdated.  Replacing it was Moller #9580, a IV/71 and a severely different sound, one that was very crisp and bright.  Yet another contract with Moller in 1986 was no doubt intended to try and fatten up the 1961 tonal landscape.  In the process, the chambers have become so crowded that service access is very difficult.  Some repairs are compromised others are not carried out.  In time, the instrument suffers from some poor servicing and water leakage over the Bombarde Division.  By 2016 it was decided that something had to be done.

Tonally, the clock was set back and the tonal spectrum re-cast to deliver a modern, bold, and brilliant all-American sound.  Moller’s leather filled pitman chests were replaced with modern, leather-free sliders.  Far more space efficient, these chests make for a more service-friendly instrument.